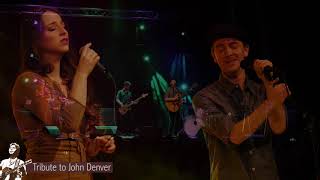 A TRIBUTE TO JOHN DENVER

TWO SHOTS OF LOVE • OUT NOW

A TRIBUTE TO JOHN DENVER

TWO SHOTS OF LOVE • OUT NOW

On 16th June, in a packed 013 in Tilburg, we've won 1st place at the finals of Emergenza Benelux! This means we’re going to Germany! Winning the Benelux finale means we’ll play at the Taubertal Festival, during the international Emergenza final in August. A really really really big thank you goes out to everyone who joined us in this adventure. The crew, the people who traveled along with us and all the people who voted on us during the competition! Emergenza, the world's big